The AWP Dragon Lore is a CS:GO skin from The Cobblestone Collection and was introduced on 1 July 2014. It launched alongside Operation Breakout and the skin has a float score ranging from 0.00 to 0.70 making it available in all five wear conditions ranging from Factory New to Battle-Scarred. The pattern index does not affect this skin.

The AWP Dragon Lore is one of the most famous and heavily sought after CS:GO skins in the game. However, due to the ever increasing scarcity of the skin it is rarely encountered in-game during a match.

The Dragon Lore was available as a drop to current operation pass holders from Operation Bloodhound in 2015 through to Operation Hydra in 2017. It has not dropped in normal condition since. As a consequence of this, the M4A1-S Knight is often used heavily in trade-up contracts (typically 10% chance contracts) in an attempt to get a Dragon Lore at a profit. This in turn has driven up the demand and price for all CS:GO skins in the Cobblestone Collection.

The souvenir quality variant of the AWP Dragon Lore was available starting from Cologne 2014 through to ELEAGUE Major: Boston 2018 where it made its final appearance. As a result, the souvenir packages for the Cobblestone collection have been rising in price as more and more players try their luck at obtaining the famed Souvenir AWP Dragon Lore (Factory New).

It has been custom painted with a knotwork dragon. 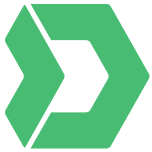